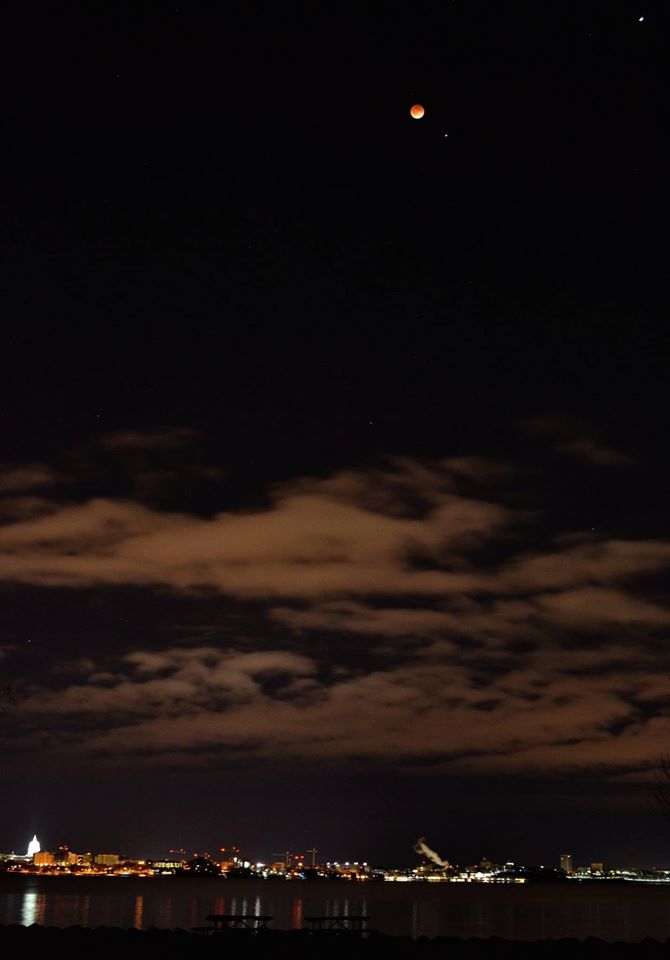 Update (Oct. 8): I snapped some pictures of this morning’s lunar eclipse. You can see them in my Flickr gallery.

Original post: I’m looking forward to our second total lunar eclipse of the year tomorrow morning (Oct. 8). Fortunately, the forecast for Madison calls for clear skies, so we’ll hopefully have a great view of the eclipse.

Here in Madison, timing for the eclipse looks like this:

Folks out on the west coast will be able to see the entire eclipse, and it will be higher in the sky. For those outside of Madison, you can use the links below to find when the eclipse will be visible.

If you’re outside Madison and haven’t lucked out with the clear forecast we have, you can check out the eclipse online.

NASA will host a live webcast of the lunar eclipse starting at 3 a.m. CDT. NASA’s webcast will include a chat with the space agency’s moon experts.

Slooh.com is also hosting a webcast of the eclipse, beginning at 4 a.m.